In the first post of this series we defined the Kingdom of God as the sovereign authority and rule of God over all things in Heaven and on earth.  It is God actively reigning.  The question we are seeking to answer is, “What does it look like when the Kingdom comes?”  Fortunately we have a very vivid picture provided for us in the life and ministry of the Lord Jesus Christ. 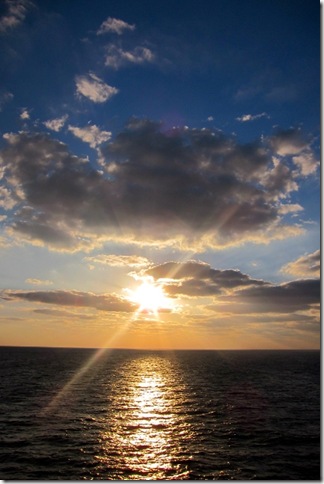 An Incident in a Synagogue

Jesus and his companions went to the town of Capernaum. When the Sabbath day came, he went into the synagogue and began to teach. The people were amazed at his teaching, for he taught with real authority—quite unlike the teachers of religious law.

Suddenly, a man in the synagogue who was possessed by an evil spirit began shouting, “Why are you interfering with us, Jesus of Nazareth? Have you come to destroy us? I know who you are—the Holy One of God!”

Jesus cut him short. “Be quiet! Come out of the man,” he ordered. At that, the evil spirit screamed, threw the man into a convulsion, and then came out of him.

Amazement gripped the audience, and they began to discuss what had happened. “What sort of new teaching is this?” they asked excitedly. “It has such authority! Even evil spirits obey his orders!” The news about Jesus spread quickly throughout the entire region of Galilee.  Mark 1:21 – 28 NLT

Talk about upsetting the order of the day!  This was not your normal meeting in the synagogue!  It never is when the King is present.

There are a few things I want you to notice in the story.

The Powers of the Coming Age

Everything Jesus did pointed to what it will look like when the Kingdom comes in its fullness at the end of the age.  The evil spirit being vanquished from the life of this precious man points to a day when Satan and his minions will be vanquished from the scene of history once and for all (Revelation 20:7 – 10).  The book of Hebrews call this “tasting the powers of the age to come” (Hebrews 6:5).  The future invades the present.  We catch a glimpse of what it will be like when God reigns on the earth as He does in Heaven.  This is seeing the Kingdom come.

I don’t know if the people in the synagogue at Capernaum caught the full implications of what happened that day.  For that one brief moment they were standing in the presence of the future.  Right then and there they were living in the Reign.

2 thoughts on “Seeing the Kingdom Come 2”