In the light of modern day church growth techniques, Jesus wasn’t very good at it.  He had a rather strange way of responding to those who showed interest in becoming His disciples. 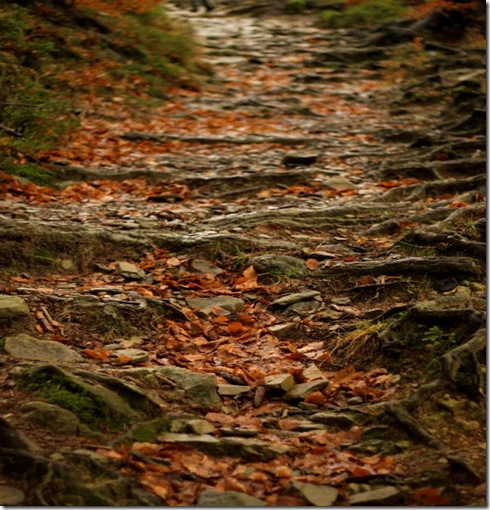 What Kind of Answer is That?

As they were walking along, someone said to Jesus, “I will follow you wherever you go.”  But Jesus replied, “Foxes have dens to live in, and birds have nests, but the Son of Man has no place even to lay his head.”  Luke 9:57 – 58

Here is a man who eagerly expresses his desire to follow Jesus.  You would think the King would respond with an eager welcome.  Instead He starts talking about foxes and birds!  What kind of answer is that?

It is actually quite simple.  Jesus was trying to get the man to see that being His follower was not all glory.  Yes, there was the thrill of the miracles, but there were also times of discomfort and uncertainty.  In short, Jesus was asking the man, “Do you really know what you are getting into?”

Wasn’t That a Little Calloused?

He said to another person, “Come, follow me.”  The man agreed, but he said, “Lord, first let me return home and bury my father.”  But Jesus told him, “Let the spiritually dead bury their own dead! Your duty is to go and preach about the Kingdom of God.” Luke 9:59 – 60

Jesus extends to this man the privilege of becoming His follower.  The man responds that He first wants to bury his father.  The King will have none of it.  His terse response at first glance seems to be somewhat calloused.

We have to understand, however, that this man’s father was probably not yet dead.  Most likely this man was the oldest son in the family, and it would have fallen to him to look after his aging father’s affairs, including his burial.  For all we know, Dad could have lived another ten years!  The King requires instant obedience. He will  not wait until we consider conditions to be more favorable.

Another said, “Yes, Lord, I will follow you, but first let me say good-bye to my family.”  But Jesus told him, “Anyone who puts a hand to the plow and then looks back is not fit for the Kingdom of God.”  Luke 9:61 – 62

Jesus had evidently called this man as well.  All he asks is to go and say goodbye to his family first.  “Can I just go and kiss Mom?”  But look at the way the King responds to him.  While there is certainly nothing wrong with saying farewell to loved ones, Jesus also knows that affections divided between King and family can be a tremendous stumbling block.  King and Kingdom must have the first place in all our loyalties.

Who Switched the Price Tags?

In a day when people are allowed to sneak to Jesus, and every effort is made to keep them comfortable so they will not be “turned off”, I’m afraid Jesus wouldn’t fit in very well.  He never seemed to make it easy for people to follow Him.  He made certain that they knew the way was not one of comfort.  He demanded instant obedience and total loyalty of all who would come after Him.  I wonder who switched the price tags?  Could this be one of the reasons why people in our day have such difficulty living in the Reign?