What is our conception of the Kingdom of God?  In Jesus’ day the Jews had a rather narrow view of the Kingdom.  Some of the stories told by the King were intended to expand their understanding of God’s reign.  Besides expanding our understanding, the parable we will look at in the post serves as a word of encouragement as well. 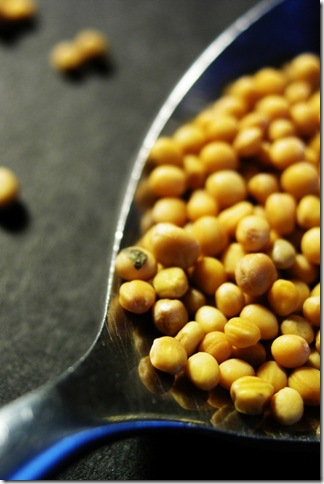 He put another parable before them, saying, “The kingdom of heaven is like a grain of mustard seed that a man took and sowed in his field. It is the smallest of all seeds, but when it has grown it is larger than all the garden plants and becomes a tree, so that the birds of the air come and make nests in its branches.”  Matthew 13:31 – 32  ESV

A Bit of Background

It must be remembered that Israel was under Roman domination during the time of Jesus.  In fact, the Jewish nation had been dominated by one kingdom or another since their exile to Babylon.  The thing that kept them going during this time of oppression was the prophetic promise that God Himself would one day be their King.  Therefore they were looking for God’s Kingdom to come as some sort of massive movement that would vanquish their enemies and restore the nation of Israel to the glory days of David and Solomon.  Needless to say, Jesus of Nazareth did not exactly meet their expectations.

The mustard plant Jesus referred to was likely the one that produced black mustard, an important Middle Eastern condiment.  Its seed is very tiny, approximately one millimetre in diameter.  From this tiny beginning it rapidly grows into a plant that could be anywhere from six to twelve feet high.  The plants sturdy branches are favored by a variety of birds in the fall of the year.

What the King was seeking to illustrate was that God’s Reign would begin very small, contrary to popular expectation.  From a small, unobtrusive beginning it would eventually grow into a force that would expand far beyond Israel to encompass the nations (represented by the variety of birds).

Church history confirms this to be true.  It all began with Jesus of Nazareth in Galilee.  From there the Kingdom expanded to include twelve others.  Eventually more were added.  Then three thousand were added on the day of Pentecost (Acts 2:41).  From there the Kingdom expanded to reach souls in Judea, Samaria, and eventually even the Gentiles.  This process of Kingdom growth has continued from that day until in our day there is hardly a region where its influence has not been felt to one degree or another.  The Kingdom will continue to move in this manner until the King returns and the kingdoms of this world become the Kingdom of our Lord and of His Christ (Revelation 11:15).

King Jesus wanted to help His people see that, although it was starting off small and in a way much different that they anticipated, the Kingdom of God was already increasing in their midst.  Over the process of time it would grow into something far beyond their wildest expectations.

This serves as an encouragement for us as well.  Sometimes we labor for the King and all our efforts seem to yield few results.  We must refuse to be discouraged.  God is reigning right where we are.  If we will remain faithful, His reign will begin to expand and encompass others around us.  Our labors will not be in vain.  May this help us to continue pressing on and living in the Reign.

5 thoughts on “The All-Encompassing Kingdom”