I absolutely love this time of year.  I find the birth of Jesus Christ to be absolutely fascinating.  The thought that God took upon Himself flesh and dwelt among us simply staggers the imagination.  For many, however, Christmas merely conjures up sentimental thoughts of a young mother and her child on a quiet night in less than perfect circumstances.  While that is certainly part of the story, it is so much more than that.  The day Christ was born was the day that changed everything. 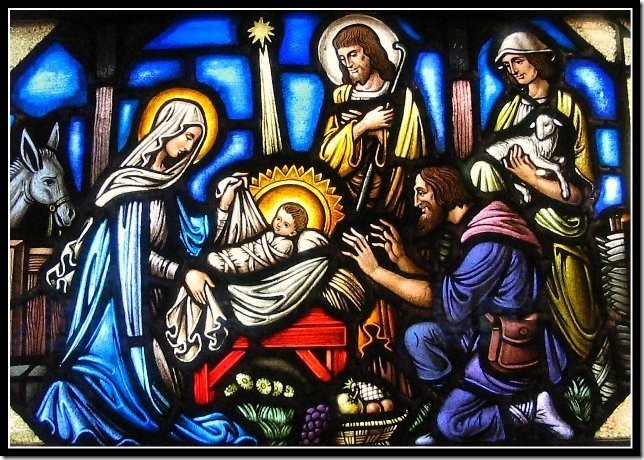 According to the prescribe customs of the day, Joseph and Mary took Jesus to the Temple to present Him to the Lord and to offer the appropriate sacrifice.  When they entered the Temple, an old gentlemen on whom the Holy Spirit rested approached them.  Let’s listen in to what Simeon said to them on that day.

34 And Simeon blessed them and said to Mary his mother, “Behold, this child is appointed for the fall and rising of many in Israel, and for a sign that is opposed 35 (and a sword will pierce through your own soul also), so that thoughts from many hearts may be revealed.”  Luke 2:34 – 35

In short, what Simeon was saying was that the day of religious pretence was over. The true spiritual condition of people would be exposed by the way they responded to this Child.  Those who received Him would be lifted up, and those who rejected Him would fall.  The birth of this Child put an end to hiding behind the cloak of outward religious practices.  The hearts of those He encountered would be exposed for all to see.

Let’s look at a couple of examples of people’s hearts being exposed by the King.  Look at the rich ruler in Luke 18:18 – 23.

18 And a ruler asked him, “Good Teacher, what must I do to inherit eternal life?” 19 And Jesus said to him, “Why do you call me good? No one is good except God alone. 20 You know the commandments: ‘Do not commit adultery, Do not murder, Do not steal, Do not bear false witness, Honour your father and mother.’” 21 And he said, “All these I have kept from my youth.” 22 When Jesus heard this, he said to him, “One thing you still lack. Sell all that you have and distribute to the poor, and you will have treasure in heaven; and come, follow me.” 23 But when he heard these things, he became very sad, for he was extremely rich.

To the outward observer, this guy looked like he really wanted the assurance of having eternal life.  The King, however exposed his heart and it was discovered that he wanted his riches more than he wanted eternal life. He was not willing to abandon all in order attach himself to the King.  He is in an example of someone stumbling over Christ.

In another instance we see almost an entire village rising up and believing in Him.  In John 4 Jesus has an encounter with a woman at a well outside a Samaritan village.  He exposes her past (which is not pretty) and eventually reveals to her that He is the long awaited Messiah.  She runs into the village shouting, “Come, see a man who told me all that I ever did.  Can this be the Christ?” (John 4:29).  Look at what happened after that.

39 Many Samaritans from that town believed in him because of the woman’s testimony, “He told me all that I ever did.” 40 So when the Samaritans came to him, they asked him to stay with them, and he stayed there two days. 41 And many more believed because of his word. 42 They said to the woman, “It is no longer because of what you said that we believe, for we have heard for ourselves, and we know that this is indeed the Saviour of the world.”  John 4:39 – 42

It was revealed that these Samaritan villagers were sincerely awaiting the arrival of the Messiah by virtue of the fact that they embraced Him when He was revealed.  Jesus caused this whole village to be lifted up.

Nothing has changed today.  Jesus Christ is still causing the fall and the rise of many.  To those who treat Him as the stuff of fables, or as merely a good man or great teacher, He is a rock of stumbling that causes their eternal downfall.  To those, however, who believe on Him as the Saviour of the world, He causes them to be lifted up into a new relationship with God.  These are the ones He brings in so they can begin living in the Reign now and forever.