What do you do on the worst day of your life?  I’m sure you know what I’m talking about.  That day when the bottom falls out of your life and you are left feeling shocked, devastated, and sick at heart.  When that day comes, how do you respond?  Fortunately for us, King David once again shows us the way. 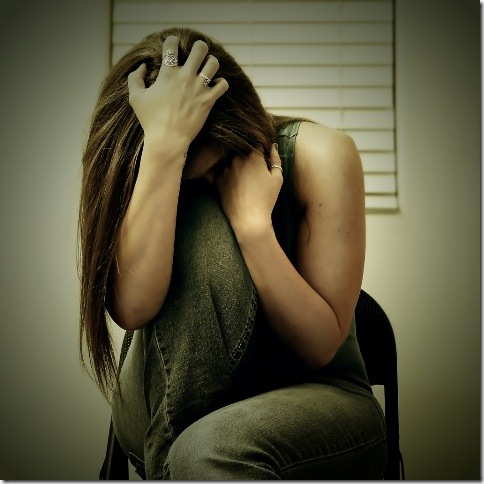 Setting Up the Story

Now when David and his men came to Ziklag on the third day, the Amalekites had made a raid against the Negeb and against Ziklag. They had overcome Ziklag and burned it with fire and taken captive the women and all who were in it, both small and great. They killed no one, but carried them off and went their way. And when David and his men came to the city, they found it burned with fire, and their wives and sons and daughters taken captive. Then David and the people who were with him raised their voices and wept until they had no more strength to weep. David’s two wives also had been taken captive, Ahinoam of Jezreel and Abigail the widow of Nabal of Carmel.  1st Samuel 30:1 – 5

I can just about imagine how this played out.  As they approached Ziklag, one of them noticed smoke rising from the direction of the town.  All of them took off on a dead run.  Each of them had a sickening feeling in their guts that something was desperately wrong.

As they came upon the town they stopped and gaped at the scene that lay before them.  The town was burned to the ground.  Although there was no evidence that lives had been lost, everything was gone.

As it slowly registered on their travel weary brains what had taken place, these battle hardened warriors did what any normal person would do.

They sat down and bawled their eyes out.

As bad as things were, David’s day got even worse.

And David was greatly distressed, for the people spoke of stoning him, because all the people were bitter in soul, each for his sons and daughters.  1st Samuel 30:6

Unfortunately, reason often goes out the window in the face of devastation.  The men likely thought they could have defended their families against the raiders if they hadn’t been chasing off after David.  Someone had to pay for what happened, and at the moment David seemed like the most likely candidate.  David had been through some tough times, but this was undoubtedly the worst day of his life.

I want you to notice how David responded.

But David strengthened himself in the Lord his God.

While the Scripture doesn’t tell us how he did this, it isn’t too hard to guess.  David likely looked up to the Lord and recounted all the ways the Lord had come to his aid in the past.  Recounting these victories caused him to take courage in the present crisis.  He then did something that had become his custom.

Inquiring of the Lord

And David said to Abiathar the priest, the son of Ahimelech, “Bring me the ephod.” So Abiathar brought the ephod to David. And David inquired of the Lord, “Shall I pursue after this band? Shall I overtake them?” He answered him, “Pursue, for you shall surely overtake and shall surely rescue.” So David set out, and the six hundred men who were with him, and they came to the brook Besor, where those who were left behind stayed. But David pursued, he and four hundred men. Two hundred stayed behind, who were too exhausted to cross the brook Besor.  1st Samuel 30:7 – 10

In the midst of this heartbreaking situation, David turned and inquired of the Lord.  Should he pursue these raiders, or should he not?  Having received a positive response from the Lord, David and his men took off in pursuit.  The result was a major victory in which all their families and goods were recovered.

And David struck them down from twilight until the evening of the next day, and not a man of them escaped, except four hundred young men, who mounted camels and fled. David recovered all that the Amalekites had taken, and David rescued his two wives. Nothing was missing, whether small or great, sons or daughters, spoil or anything that had been taken. David brought back all.  1st Samuel 30:17 – 19

This story serves as a great example of how to respond during those times when things just cannot seem to get any worse.  Go ahead and have a good cry.  Releasing the emotion caused by the loss is a healthy thing to do.  Then think back on all the times you have seen the Lord help you in the past.  This will give you the strength to inquire of the Lord as to what He would have you do next.  As you follow through with whatever He shows you, you can expect Him to act on your behalf.  On the worst day of your life, keep right on living in the Reign.