I’m sure we are all familiar with the story of Jesus riding into Jerusalem on the back of a donkey.  You can read the full story in Matthew 21:1 – 11.  A closer examination of this story can bring a lot of hope to those of us who desire to be of service to the King. 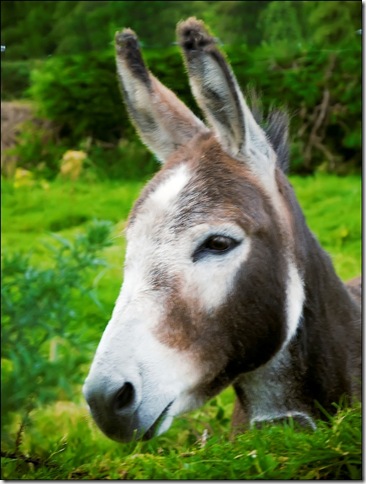 While there is much to be said about the King riding into Jerusalem on the back of a donkey, in this post I want to focus on the donkey.

There was nothing particularly special about this donkey.  It wasn’t said to have been the most beautiful, intelligent, or talented donkey of the bunch.  It was just a donkey.  We know it was female because a colt was with it.  It could have just as easily been male.  It was just your average, run-of-the-mill donkey.  Get it?

In that society, donkeys were used all the time as beasts of burden.  They carried everything from people to trade goods.  So it was the most natural thing in the world for it to carry Jesus on its back.  Because it was natural, it was also effortless.  This is what donkeys were built for!  The donkey was also free from care as its only responsibility was to carry the King to the people.  It was not responsible for what He did once He got there.

Of course, there was a big hurrah raised when the people saw Jesus.  They were throwing clothes and palm branches on the road in from of Him as He rode among them.  The donkey would have been sadly mistaken to think this was all for it!  However, because the donkey was impervious to all the hoopla that was going on around it, it was able to focus on the task of simply carrying the King.

By now some of you may be wondering, “So what?  Mac, what are you trying to say here?”

Beloved, the story of this donkey is our story!  In this story we see the keys to usefulness in the Kingdom of God.  Let me explain:

This is what Kingdom ministry is all about.  We are merely the donkey on which Jesus rides, and any donkey will do!  Carrying the King is one of the great privileges of living in the Reign.