We live in a world full of myths.  In this post I would like to address a popular myth that a lot of people actually believe.  Have you ever heard someone say they were not going to live for either God or the devil, they were just going to live for themselves?  People say it all the time.  It’s as though they honestly believe that there is a zone where they can live without influence or interference from either God or Satan.  This is myth of independence needs to be busted once and for all 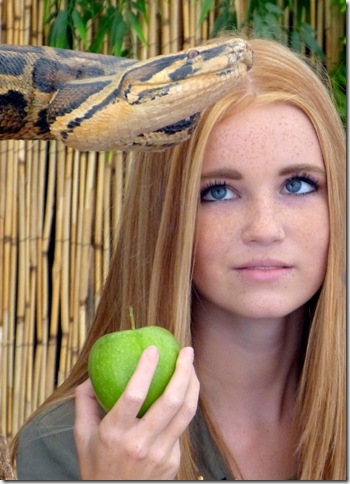 Where It All Started

The myth of the independent self started with a conversation between God’s enemy and the first woman God created.  The Lord had expressly forbidden Adam to partake of the Tree of the Knowledge of Good and Evil (Genesis 2:16 – 17).  Adam then conveyed this to Eve once she was brought in to being.  God’s enemy, however, directly contradicts the Lord’s words in his conversation with Eve by saying,

“You will not surely die. For God knows that when you eat of it your eyes will be opened, and you will be like God, knowing good and evil.” Genesis 3:4 – 5

When we break down what the enemy actually said, it looks something like this:

Thus the myth of the independent self was born.

There was one very important thing the Eve didn’t know, however; something the enemy conveniently left out.  Let me put it in point form so we can see it clearly.

This is the deceptiveness of sin at its most malevolent.  The devil’s promise of freedom and fulfillment brought Eve into a bondage and disillusionment she never bargained for.

The Lord Jesus sums it up quite plainly in John 8:34.

“Truly, truly, I say to you, everyone who practices sin is a slave to sin.”

The apostle Paul echoes these word in Romans 6:16.

Do you not know that if you present yourselves to anyone as obedient slaves, you are slaves of the one whom you obey, either of sin, which leads to death, or of obedience, which leads to righteousness?

Sin enslaves us because when we practice sin we are following a voice other than the Lord’s.

To the casual observer, it looks like those living their lives without God are simply running around doing their own thing with neither influence or interference from anyone.  Nothing could be further from the truth.  In Ephesians 2:1 – 3 the apostle Paul paints a vivid portrait of what is going on behind the scenes.

1And you were dead in the trespasses and sins 2 in which you once walked, following the course of this world, following the prince of the power of the air, the spirit that is now at work in the sons of disobedience— 3 among whom we all once lived in the passions of our flesh, carrying out the desires of the body and the mind, and were by nature children of wrath, like the rest of mankind.

What we see is that those who live apart from God are getting plenty of help from the dark side.  When it says that the prince of the power of the air (a reference to Satan) is now the spirit at work in the sons of disobedience, it literally means he is supplying them with energy.  That’s why there is never any difficulty sinning.  Although this plays out by people doing whatever feels good at the moment, they are definitely not operating independently.  They are under the influence of the spiritual world whether they want to think so or not.  Thus the myth of the independent self comes crashing down.

Our Default Position Unless…

What we see in Ephesians 2 is the default position of every one of us unless we are deliberately bring our lives under the reign of King Jesus.  When we live our lives in submission to Him, His Holy Spirit is constantly at work to energize us to will and do the pleasure of the King (Philippians 2:13).  However, the moment we divert to trying to live life on our own, we very quickly revert back to whatever we were apart from Christ.  Have you ever noticed that?  That is why the only security in life is to be found when we are persistently living in the Reign.

2 thoughts on “The Myth of Independence”