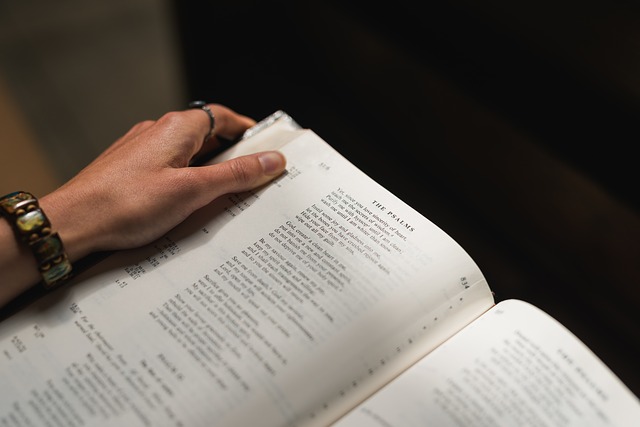 This book of instruction must not depart from your mouth; you are to meditate on it day and night so that you may carefully observe everything written in it. For then you will prosper and succeed in whatever you do. Joshua 1:8 csb

Bible reading was never meant to be an end in itself. So what is the goal we should be shooting for?

I can still hear her voice as though it was yesterday. Dear old Mrs. Miller would go around the gathering of children, asking each one if they had read five chapters of the Bible over the previous week. Some would answer in the affirmative. Others (like me) would have to say no. She would carefully record each response as she moved on to the next child. The reason for all of this? Each child that read five chapters would earn a certain number of points. Once a particular number of points was reached, a prize would be awarded. It could be anything from a Bible storybook to a Bible concordance.

While there was certainly nothing wrong with this exercise (at least kids were reading their Bibles!), one has to question the motivation. Reading the Bible for the sole reason of obtaining a prize somewhat misses the mark God intended. But people read their Bibles for all kinds of wrong reasons. Let me list a few…

It should go without saying that all of the above reasons fall woefully short of why we should read our Bibles. So what is the real reason for reading God’s Word?

Look again at the Scripture passage above. What was the reason for God wanting Joshua to meditate on His law regularly?

Not just so he would gain more Scripture knowledge.

Not simply because that is what good Jews did.

It was so that what Joshua saw there would work its way into the flow of his life, causing his heart, mind, and actions to align with the Lord’s. This is the right reason for spending time reading and meditating on God’s Word.

We are kidding no one but ourselves if we think it’s sufficient to read the Scriptures without incorporating them into our lives. Look at what James, the Lord’s brother, says about it.

22 But be doers of the word and not hearers only, deceiving yourselves. 23 Because if anyone is a hearer of the word and not a doer, he is like someone looking at his own face in a mirror. 24 For he looks at himself, goes away, and immediately forgets what kind of person he was. James 1:22 – 24 csb

Scripture that we fail to act on is very quickly forgotten. It lies on the surface of our lives, only to be gobbled up by the fowls of the air. What’s worse than this, however, is when we feel superior to others simply because we think we know more than they do. This is delusional thinking at its worst. According to James, it’s only those who translate God’s Word into action that are truly blessed in what they do (James 1:25).

When reading the Bible, we need to ask the Lord to show us how to bring it into the flow of our daily lives. If we will simply ask, He will grant us the necessary wisdom to do so. Then, as we follow through with our actions, He will grant us the ability required to walk out the Scriptures. Reading the Bible and obeying what it says in the power of the Holy Spirit is called living in the Reign.