We live in the midst of an intense spiritual war between the Kingdom of God and the forces of darkness.  Too often we think we know how to handle it when the battle finds its way to our doorstep.  Such a presumptuous attitude could get us killed.  It is vitally important that we inquire of the Lord in the midst of the battle.  King David serves of an excellent example of an inquiring warrior. 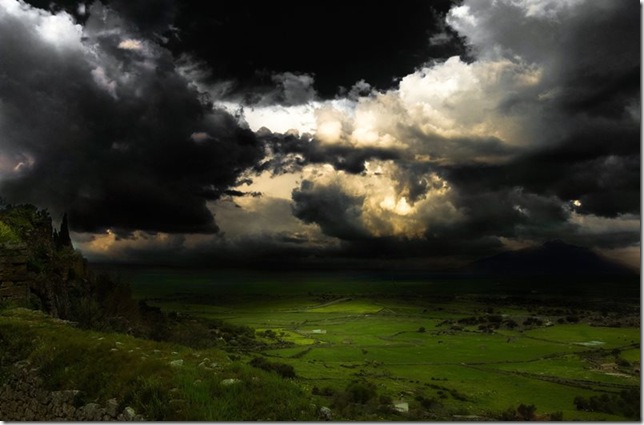 When the Philistines heard that David had been anointed king over Israel, all the Philistines went up to search for David. But David heard of it and went down to the stronghold.  2nd Samuel 5:17

The Philistines hated David.  He had humiliated them in battle when, as a sixteen year old boy, he had taken down their champion with a sling and a stone.  Now, having heard he was anointed King over Israel, they thought it was time for some retaliation.

Now the Philistines had come and spread out in the Valley of Rephaim. And David inquired of the Lord, “Shall I go up against the Philistines? Will you give them into my hand?” And the Lord said to David, “Go up, for I will certainly give the Philistines into your hand.”  2nd Samuel 5:18 – 19

David did not rely on past victories in the current hour of crisis.  Instead, he inquired of the Lord to find out what He had to say about the situation.  The Lord assured David of success and a great victory was won.

And David came to Baal-perazim, and David defeated them there. And he said, “The Lord has broken through my enemies before me like a breaking flood.” Therefore the name of that place is called Baal-perazim. And the Philistines left their idols there, and David and his men carried them away.  2nd Samuel 5:20 – 21

And the Philistines came up yet again and spread out in the Valley of Rephaim. And when David inquired of the Lord, he said, “You shall not go up; go around to their rear, and come against them opposite the balsam trees. And when you hear the sound of marching in the tops of the balsam trees, then rouse yourself, for then the Lord has gone out before you to strike down the army of the Philistines.” And David did as the Lord commanded him, and struck down the Philistines from Gebato Gezer.  2nd Samuel 5:22 – 25

David could have assumed that he would simply go out against the Philistines as he had previously and defeat them.  He had the good sense, however, to once again inquire of the Lord.  Only the Lord knows why the strategy was different.  As David obeyed the Lord’s command, however, he once again experienced victory over his enemies.

We need to inquire of the Lord every time the enemy confronts us.  If we presume to rely on past methods to bring us victory in the present moment, we can very easily leave the Lord out of the picture because “we know how to handle it.”  Not a wise move.  Such an attitude could lead to a devastating defeat.  The only way to be assured of continual victory is to continually be living in the Reign by inquiring of the Lord and obeying His voice.