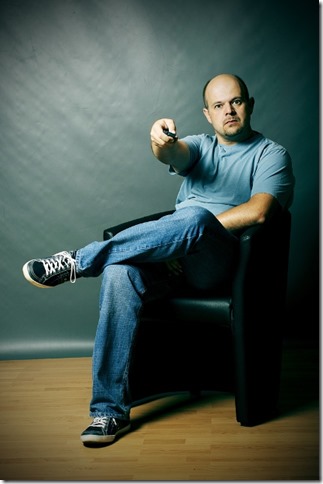 We even want power over God.  Just think of how many books have been written over the last century telling us how to get our prayers answered.  We want to be able to tell God what He should do and have Him comply.  Sound about right?

To a world that is hungering and craving for power, King Jesus offers some very interesting words…

What in the World?

“Blessed are the meek, for they shall inherit the earth.”  Matthew 5:5

These words were not spoken in a vacuum.  They were spoken to a people living under the oppressive power of others.  They had religious leaders who had decided is was their right to dictate how the people of Israel should conform to God’s law.  To that end they came up with rules and regulations that made life miserable.  Besides religious oppression, these people were also living under the oppressive government of Rome, a ruthless power that was bent of world domination.  They were a people who were not in control of their own lives, let alone anything else.  Yet to these people Jesus says the meek are in the best place they can possibly be.  What in the world was He talking about?

Meekness is a term that is not easy to define.  Unfortunately, it has often been associated with weakness.  Some have defined it as gentleness, others as mildness.  Both terms mean about the same thing, although one speaks more to action while the other refers to attitude.  Nether term really defines meekness.  Some have tried to put a more masculine spin on meekness by defining it as power under control.  In other words, we have the power to walk over and rip somebody’s lips off but we are refraining from doing so.  That idea may have some merit, but it also falls far short of really capturing what meekness is all about.

The truth is, there really is not a single English word that defines the Greek word normally translated meekness, not even the word meek.  The word refers to an unassuming attitude that simply takes things as they come without complaint or revolt.  It is an attitude that is first directed toward God and then manifested in our dealings with others.  It is a frame of mind that is rooted in humility and grounded in trust.  One who is genuinely meek is convinced that God is ultimately in control and will cause every circumstance to work out for their good and His glory.  Therefore they can genuinely kiss the hand that hurts, turning the other cheek and loving their enemies while leaving the results to God.

Meek people are under of no illusion of being in control.  Believing we are in control is one of the biggest delusions we live under.  We may think we have everything in hand, but it doesn’t take much to show that we don’t  Let’s look at a couple of illustrations that prove the point.

Those of us who drive a car regularly put ourselves in one of the most out of control situations imaginable.

When we drive an automobile, the only thing we are in control of is what we are doing.  We have absolutely no control over what the other drivers do.  If another driver decides to pull over into our lane when it is unsafe to do so, there is not a thing in the world we can do about it.  We also have no control over road conditions or the weather, both of which can significantly impact our driving experience.  All we can really do is attempt to be a good driver ourselves and hope for the best.

Think also about flying in an airplane.  Everyone is seated and enjoying the ride until the plane suddenly hits an air pocket and drops a little.  What does almost everyone do?

Grab the armrests of their seat.

Would someone tell me how that helps?

The truth is that it doesn’t help anything.  It is our feeble attempt to get control of our situation.

Instead of trying to take control of their circumstances, a truly meek person will see God as in control and will trust Him with the final outcome.  That’s why they will praise instead of pout.  They will bow instead of bellyache.  They will be like their King when He was crucified and entrust themselves to Him who judges justly (1 Peter 2:23).

Jesus goes on to say that the meek will inherit the earth, i.e. be in control.  This is actually a quote from an Old Testament passage.

8 Refrain from anger, and forsake wrath!
Fret not yourself; it tends only to evil.
9 For the evildoers shall be cut off,
but those who wait for the Lord shall inherit the land.

10 In just a little while, the wicked will be no more;
though you look carefully at his place, he will not be there.
11 But the meek shall inherit the land
and delight themselves in abundant peace.  Psalm 37:8 – 11

While it looks like it is the rich and powerful that are in control of the world, things are one day going to change.  One day it will be the meek people of God who will be in charge of things, as we see in Daniel 7:27.

“Then the sovereignty, power, and greatness of all the kingdoms under heaven will be given to the holy people of the Most High. His kingdom will last forever, and all rulers will serve and obey him.”  NLT

God can rule the world through meek people.  That is because they have no agenda of their own.  They believe the King’s will is best for everyone.  Therefore they will joyfully submit to His wishes and carry out His orders without question or complaint.

Meekness is not natural in a world where people seek to gain and maintain control no matter what the cost.  There is something about meekness that causes our whole being to revolt against it. Yet meekness is the natural outflow of life lived under the government of the Holy Spirit (Galatians 5:22 – 23 unfortunately translated gentleness in the ESV).  In other words, world ruling meekness is only produced in the heart of one who is living in the Reign.

Unless otherwise noted, all Scripture quotations are from The Holy Bible, English Standard Version, copyright ©2001 by Crossway Bibles, a publishing ministry of Good News Publishers. Used by permission. All rights reserved.