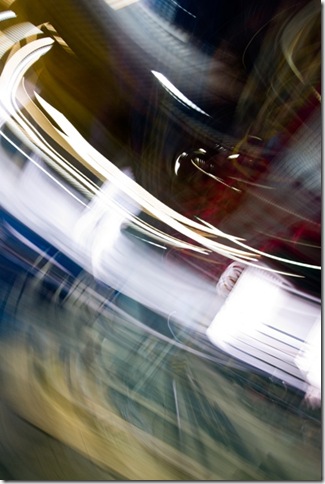 The apostle Paul tells us quite clearly where chaos comes from.

But God shows his anger from heaven against all sinful, wicked people who suppress the truth by their wickedness. They know the truth about God because he has made it obvious to them. For ever since the world was created, people have seen the earth and sky. Through everything God made, they can clearly see his invisible qualities—his eternal power and divine nature. So they have no excuse for not knowing God.

Yes, they knew God, but they wouldn’t worship him as God or even give him thanks. And they began to think up foolish ideas of what God was like. As a result, their minds became dark and confused. Claiming to be wise, they instead became utter fools. And instead of worshiping the glorious, ever-living God, they worshiped idols made to look like mere people and birds and animals and reptiles.

So God abandoned them to do whatever shameful things their hearts desired. As a result, they did vile and degrading things with each other’s bodies. They traded the truth about God for a lie. So they worshiped and served the things God created instead of the Creator himself, who is worthy of eternal praise! Amen. That is why God abandoned them to their shameful desires. Even the women turned against the natural way to have sex and instead indulged in sex with each other. And the men, instead of having normal sexual relations with women, burned with lust for each other. Men did shameful things with other men, and as a result of this sin, they suffered within themselves the penalty they deserved.

Since they thought it foolish to acknowledge God, he abandoned them to their foolish thinking and let them do things that should never be done. Their lives became full of every kind of wickedness, sin, greed, hate, envy, murder, quarreling, deception, malicious behavior, and gossip. They are backstabbers, haters of God, insolent, proud, and boastful. They invent new ways of sinning, and they disobey their parents. They refuse to understand, break their promises, are heartless, and have no mercy. They know God’s justice requires that those who do these things deserve to die, yet they do them anyway. Worse yet, they encourage others to do them, too.  Romans 1:18 – 32  NLT

Chaos is the result of failing to acknowledge God as the Creator and Director of all of life.  Left to decide things for ourselves, we very quickly fall apart and degenerate into something quite different than what the Lord originally intended.  Nothing works the way it is supposed to when God is left out of the picture.  How could anything but chaos be the result?

The opposite of chaos is order.  Order suggests straightening things out so as to eliminate confusion (chaos).  When the Lord is given His proper place in any situation, order is the result.  Things begin to function according to the original design.  Therefore the answer to chaos is to restore things to order.  And order comes only by living in the Reign.

4 thoughts on “From Whence Comes the Chaos?”