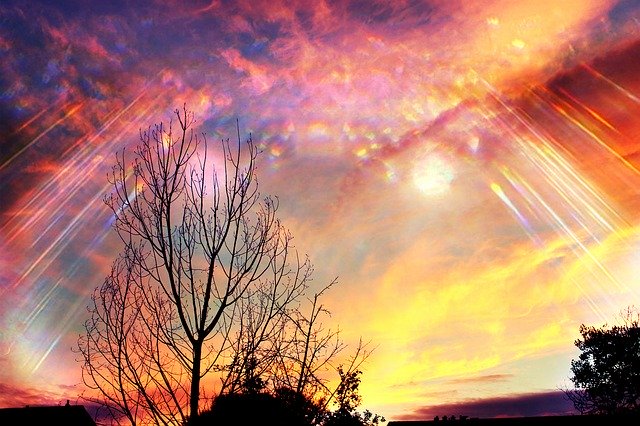 2 For you know quite well that the day of the Lord will come in the same way as a thief in the night. 3 Now when they are saying, “There is peace and security,” then sudden destruction comes on them, like labor pains on a pregnant woman, and they will surely not escape. 4 But you, brothers and sisters, are not in the darkness for the day to overtake you like a thief would. 1 Thessalonians 5:2 – 4 NET

Many live with the idea that the Lord Jesus Christ could return at any moment, suddenly and unexpectedly. But is that really the case? Read on and see what you think…

I Will Never Forget…

Many years ago, my wife and I had some elderly friends that had grown up in the early days of the Pentecostal era. I will never forget the wife telling us how, as a teenager, she would look out her bedroom window at night before retiring to see if Jesus was coming. Talk about a sense of expectancy! Many today live with a similar sense of expectation, though it may not be exhibited in the same way. In their minds, Jesus could return at any moment to the shock and awe of all. A deeper look at the Scriptures, however, may cause us to think otherwise.

As one reads through the letters of the apostle Paul to the Thessalonian Christians, it can readily be seen that the Return of Christ was a topic they had discussed at great length. In fact, Christ’s Return is mentioned at least once in every chapter of the first letter. The return of the Lord Jesus would have been a great comfort to a young church in the throws of persecution.

But then something happened. Somebody began to send the Thessalonian believers messages (apparently in Paul’s name) informing them that the day of the Lord had already arrived (2 Thessalonians 2:1 – 2). If it had, it certainly didn’t look anything like Paul said it would! Can you imagine the confusion and consternation this young church would have gone through as a result? The very foundations of their fledgling faith would have been badly shaken.

How did Paul address this issue? In his second letter to them, he simply reminded them of something he had told them previously.

3 Let no one deceive you in any way. For that day will not arrive until the rebellion comes and the man of lawlessness is revealed, the son of destruction. 4 He opposes and exalts himself above every so-called god or object of worship, and as a result he takes his seat in God’s temple, displaying himself as God. 5 Surely you recall that I used to tell you these things while I was still with you.         2 Thessalonians 2:3 – 5 NET (emphasis added)

Paul reminded them that there are certain things that have to take place before that glorious event occurs. One of those things is the manifestation of the antichrist. He will have to appear on the scene of history in all his ugly arrogance and deceitfulness before the Lord will return. Until that happens, the Lord’s reappearing may not be as imminent as some have led us to think.

Now we know who the Lord’s return will take by surprise. It will be those who don’t know what to look for. While this would seem to predominantly refer to those in the world’s system, it could also refer to some of God’s people. On the other hand, while we may not know the day or the hour of Christ’s return (Mark 13:32 – 33), we shouldn’t be taken totally by surprise because we will be able to tell it is getting close by certain things we see happening around us (see 1 Thessalonians 5:2 – 4 at the beginning of the post). Jesus said something similar in Luke 21:25 – 28.

25 “And there will be signs in the sun and moon and stars, and on the earth nations will be in distress, anxious over the roaring of the sea and the surging waves. 26 People will be fainting from fear and from the expectation of what is coming on the world, for the powers of the heavens will be shaken. 27 Then they will see the Son of Man arriving in a cloud with power and great glory. 28 But when these things begin to happen, stand up and raise your heads, because your redemption is drawing near.” NET

Once again, it shouldn’t be a complete surprise to those who are watching.

While I believe in the definite return of the Lord Jesus, I don’t necessarily believe in His immediate return. Not until certain identifiable things happen. That, however, does not mean we can slack off. As Paul reminded the Thessalonians, we need to be alert and sober (1 Thessalonians 5:6). We need to keep one eye on the forward advance of God’s Kingdom, and one eye on what is going on around us. Expectant watchfulness is the normal posture for those of us who are living in the Reign.